Letters sent to ASDA and Sainsbury's over Polish mince concerns 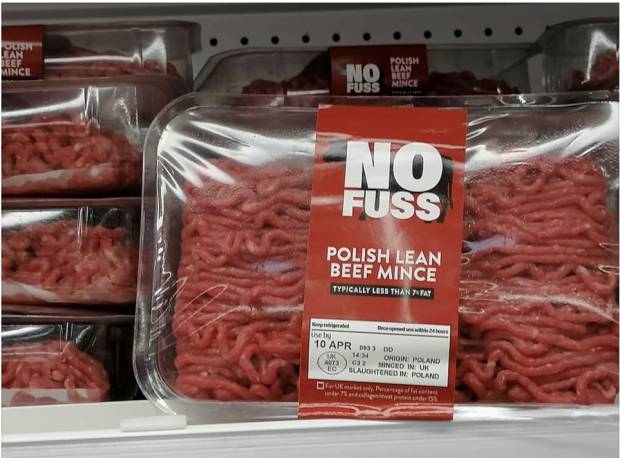 Please read our full letter below.

Firstly, may we congratulate your organisation and its staff for your part in feeding our country during these unprecedented times. The food supply chain has been thrown into turmoil, and the problems you are facing with both supply and demand and logistics at this time are ones that you and our members have in common.

The National Beef Association was very concerned to note the Polish mince fiasco, widely reported on social media last week. It is unacceptable to us as an organisation, and, we suspect, to the British population, that you would choose to import beef from abroad at this time. Currently, there are no definitive answers on how COVID19 may or may not be transmitted - are you able to guarantee the safety of imported food? Can you confirm and evidence that the source farms in Poland comply with the same rigorous conditions that British farms must adhere to in order to be able to supply your stores? That source farms have adequate welfare standards, including a definitive record of medicines administered to all animals, and that withdrawal periods for those medicines have been observed? Unfortunately for you, this gaffe has come at a time when the country seems to be pulling together in a flush of patriotic fervour; supplying imported mince is perceived as out of tune with current thinking, and people have plenty of time to spread the news. At a later date, when the crisis is over and the luxury of choice is handed back to the public, perhaps they will remember which supermarkets backed Britain.

Recent Kantar data indicates that previous to March 23rd, 20% of all evening meals were consumed in eateries outside the home. Post lockdown, this 20% volume has been added to shopping lists and the money spent in supermarkets across the UK, which means more potential profit for your company. It would be satisfying  to think that you would share this tiny glimmer of light in our new and dark world with both your customers and your suppliers, but instead it appears that special offers have been withdrawn, prices have been hiked on certain goods, and producers have been subject to a squeeze on farm gate prices through processing suppliers. Whilst we appreciate that your own staff deserve monetary reward for the extra effort they have made, we would expect that our supermarkets would support British agriculture at a time when they too are working extra hard. There are other key sector workers standing shoulder to shoulder in this fight, and no one is suggesting they work harder but get paid less.

The point of this missive is not to denigrate the excellent job the supermarkets are currently doing. You rely on us, we rely on you. We are all in uncharted waters, and finding a way forward is imperative. Our symbiotic relationship requires some adaptation to the current situation so we can continue to provide you with an excellent choice of home-sourced produce, and we would like to

make a few suggestions. As you have obviously discovered, there is a deficit of mince in the system. This is largely due to carcass imbalance which has been created by closure of the restaurant sector. It would help to balance the supply chain if you targeted your special offers on different carcass areas – steaks or roasting joints for example, along with appropriate recipe cards which utilise these. Perhaps now is a great time to bring back the tradition of a family Sunday roast, whatever the meat of choice may be. And while we, the producers, would applaud an increase in your staff wages, we ask that you don’t take cash out of our pockets to fund them. Perhaps the extra 20% increase in food sales that will surely come your way after the closure of the leisure sector will help you fund a wage increase.

Many, many businesses will not survive this crisis. When the immediate threat is over, and people begin to poke their heads above the parapet, the world that we left at the end of February will not be the same as the one that emerges. The size of the worldwide recession, which will echo through the economy for some years to come, should not be underestimated.  People will need jobs, and agriculture offers a chance to contribute to our country’s recovery by increasing the supply of the home-grown food it needs, and consequently decreasing reliance on other countries to supply imports.

The busiest organisations are currently, rather ironically, the health sector, supermarkets and undertakers. Please do not play a part in killing British agriculture. Remember, once it’s gone, it’s gone.