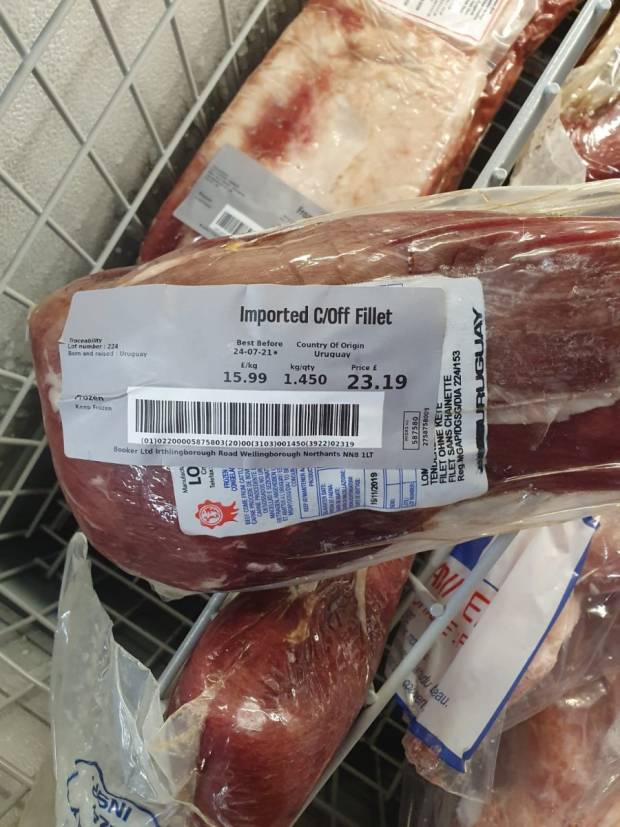 The National Beef Association (NBA) has written to wholesaler Booker to question some of the procedures and processes discovered in some of its outlets, including the re-labelling of Uruguayan beef, and unclear details on freezing and shelf life.

In the letter dated 1st September 2020, Interim NBA chief executive Neil Shand has asked the Tesco-owned wholesaler  to explain why the original source label for imported Uruguayan beef had been intentionally over-labelled with one from Booker’s own corporation, obliterating the majority of the original information, including the original best before date.

Mr Shand writes, “Whilst we acknowledge and agree that labelling laws in the UK under the current EU legislative banner are vague to say the least, we understand that labelling over the original label is against the law.

“This therefore appears to be a breach of both Trading Standards and Environmental Health law.”

In response, Booker referenced its strong support of the British meat industry, claiming this incident to be a case of human error and ‘not in line with our required procedure’. The wholesaler also said it ‘will now be carrying out spot checks’.

“The fact that Booker is now carrying out spot checks, suggests this is a more widespread concern,” says Mr Shand.

In his letter, Mr Shand also raised concerns over the freezing and shelf life of the product, writing, “Our understanding is that good practice laws on frozen beef suggest that it can be frozen for a period of up to six months, but certainly no more than 12 months.

“Your best before date of July 2021 from an animal slaughtered in November 2019 covers 20 months – a period way in excess of accepted norms.”

Booker stated in response that ‘it is standard practice for the frozen food industry to give a two-year shelf life on frozen beef, lamb and pork which is frozen at source’.

On behalf of the NBA, Mr Shand believes this is too long, and has called for a legal 12-month maximum time that beef can be frozen.