Executive Group Chef from the Robert Parker Collection of hotels to support the National Beef Association with a series of beef recipes. 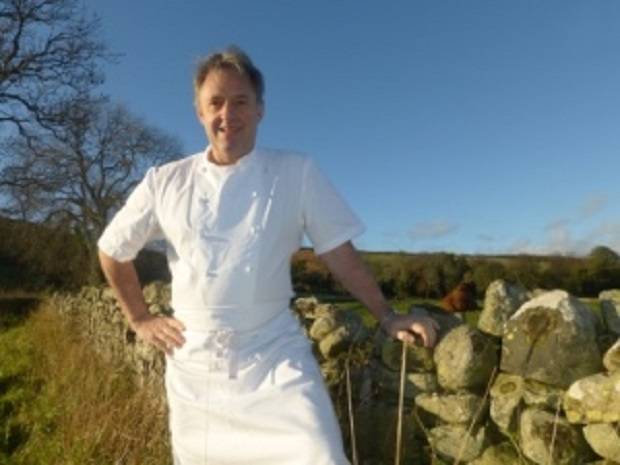 During the next twelve months Philippe Wavrin, the Group Executive Chef for the privately owned Robert Parker Collection of hotels will provide the National Beef Association with a series of seasonal recipes using the very best of British Beef.

Having trained at the Hotel School of Strasbourg Philippe, originally from Alsace in France has a rich foodie history and has worked in some of the major culinary destinations in the world such as London, Zermatt, Montreux and Munich. In addition to this Philippe has lectured and taught as a Chef Lecturer at the Cordon Bleu International Cookery School all over the world, and worked at the French Consulate in Munich.

Currently he works with the Head Chefs and Executive Chefs of a cross border group of bespoke and truly British hotels within the Robert Parker Collection all which have 2 AA Rosette Restaurants.

Philippe is a staunch believer in British beef having worked in the UK for many years, and loves the huge diversity of cuts of meat on offer which can all be utilised in every day cooking.

“Most people know about the sirloins, fillets and rib of beef that are on offer but I also love the more unusual cuts of meat such as cheek and feather blade that provide just as much flavour are just as delicious to taste when cooked well and are usually much less expensive”.

Philippe knows how important the production process of British beef is as he comments here: “The most important person in the production line is most definitely the farmer.  If cattle are treated well from the outset this gives the beef the greatest start.  If this is not the case the end product can never be good quality no matter how well it is cooked. In addition to this the hanging process is essential, a minimum hanging time of 3 weeks is necessary to get the best from the meat, the longer it is hung for the better.  If all the processor steps are good and a high quality then my job, the chef’s job, is an easy one!”

Philippe’s passion for food has stemmed from the people he learned to cook with, as he explains: “I started cooking with my mother and grandmother at a very early age, and then attended Cookery School. I very much hope that by working with young chefs today, in my current role, I can infuse the same passion for great quality products and a love of cooking in future generations.”

The establishments where Philippe is overseeing  the menus includes, including Ednam House in Kelso, Dalhousie Castle Hotel & Spa near Edinburgh, Northumberland’s Doxford Hall and Eshott Hall and the Wordsworth Hotel & Spa located in the famous English Lake District.

Before working for the Robert Parker Collection, Philippe owned and ran his own award winning restaurant Auberge Lou Peyrol in the Dordogne, France, for 12 years. Testament to the outstanding level of Philippe’s skills is the fact that Auberge Lou Peyrol has been recognised by all major guides in France including the coveted Michelin.

Philippe's beef recipes can be viewed on our NBA Beef Recipes page.