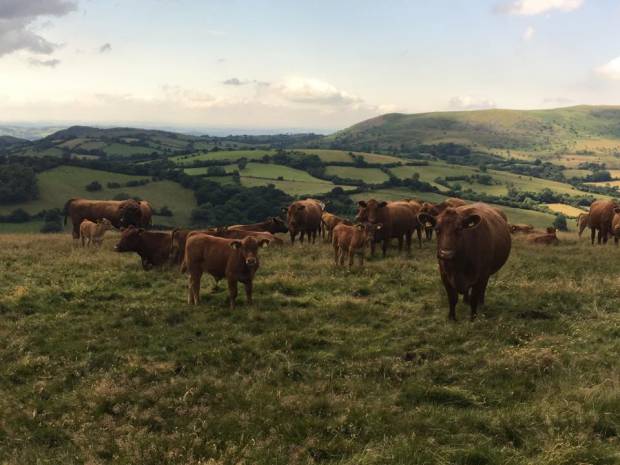 In 2007, James who farms in partnership with his brother Rob and father John, converted from traditional dairy cross sucklers to an all Stabiliser performance recorded herd, completely overhauling his beef enterprise. Performance recording was a key player in the decision to transfer to the breed. James believes strongly that beef producers should make use Estimated Breeding Values (EBVs), allowing them to identify animals that are truly genetically superior rather than relying on aesthetics which are often not directly correlated to performance.

As well as weighing cattle to calculate growth rates, James ultrasound scans all of his breeding stock to calculate their Muscle depth and Fat depth EBVs, and analyse the muscling along their loins, the most valuable area of the carcass. These values are used not only to indicate carcass quality of progeny but also to choose heifers on their ability to maintain body condition score (BCS) once mature.

The system is working well, James is currently achieving 95% of calves reared of cows put to the bull and his bulls are finished in 12 to  14 months at approx. 360kg. James has recently taken the step towards becoming organic and has invested in new equipment to convert to precision grazing, to make the very most of the farms pasture.

“Grass is often the most underutilized feedstuff on suckler farms. Having invested in kiwitech equipment to set up a precision grazing system last year  we hope to increase grass production and utilise the grass far more effectively. The aim will also to increase the grazing season with out wintering options being considered. By correctly managing the grass and having a grazing plan in place we hope to grow more grass than we previously did when using bagged fertiliser. This year will see our breeding Bulls being grazed and sold off grass targeting growth rates of 1.6kg/day . The majority of our bulls will go on to suckler herds so it is vital that they and their progeny can convert grass efficiently.”