GB to NI - Cattle and sheep movements update for members 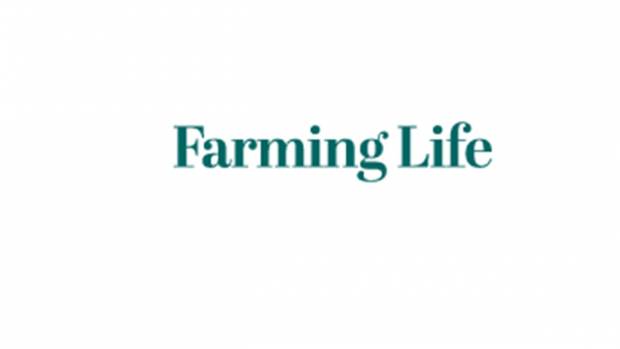 There was a fear that Northern Ireland (NI) was going to be treated as a third world country meaning any animals coming from Great Britain (GB)
would be subject to the same rules as live animals coming from countries like Brazil, into the EU. This became a huge concern for the sheep
sector as many NI farmers had purchased breeding sheep in GB that would be coming into NI after January 2021. These young ewe lambs
cannot come home after being purchased as they must wait until they're at least one year old and are now subject to scrapie requirements which
causes extra issues for export.

What are the numbers involved?

What are the key issues now?

1. Show Licences: Prior to 1 January 2021, livestock could be licenced to leave NI and travel to GB to attend shows and sales. These
predominantly high value, high genetic merit, pedigree stock animals were presented at shows and sales. In the event of a non-sale, these
animals were able to return to their original departure holding in NI, where they would remain isolated for 30 days prior to retesting for animal
disease, before re-joining the herd or flock. Within the new export health certificate, there is no option which allows for this practise. The absence
of this trade will have an immediate and long-term detrimental effect on both sides of the Irish Sea. New residency requirements mean that
traders brave enough to make the trip from NI to GB are doing so on a one-way ticket, opening the distinct possibility of distorted trade and an
unfair market, and excluding NI farmers the opportunity to compete within their UK respective herd books.

2. Sheep Scrapie: The new rules require that all sheep entering NI must be accompanied by an EU Export Health Certificate. The conditions on
which a certificate is granted are different to those which were previously required. Some of these new conditions, specifically those regarding
scrapie monitoring and genotyping, mean that a high proportion of sheep previously entering NI cannot meet the new rules. Delegations and
extensions of the transition period have been put in place to allow EU livestock to flow seamlessly into the UK, however, there has been no
reciprocal agreements to allow trade to continue with the UK for our NI producers. There are currently very few scrapie-monitored flocks in the
regions involved in this trade, and under current arrangements it takes seven years for a flock to become fully scrapie-monitored, and a minimum
of three years before any movements can take place.

3. Re-tagging: Current policy appears to be that animals for export from GB to NI must have their UK tag replaced with a GB tag for export. On
arrival in NI, these three tags and therefore the traceable origin of the animal are removed and replaced with sequential tags from the NI holding
on which they are now resident. While it does not prevent trade, the threat and consequences of losing full-life farm-to-fork provenance and
traceability of UK beef and lamb production is directly opposed to government objectives. The addition of the GB tag to animals prior to their
departure from GB to NI, is more than sufficient to highlight their country of origin and allows full traceability. The removal of the GB tag and the
original pair of UK tags appears unjustified and unwarranted and creates both animal welfare and health and safety concerns. There are
additional traceability issues of animals involved in health and performance recording schemes. The potential for errors in the case of a whole
herd replacement following a bTB breakdown are colossal.

What has the UFU been doing?

Since these issues arose, the UFU has been meeting with various UK government ministers and has also raised these issues directly with the
European Commission. The UFU has now met with the NI Secretary of State Branden Lewis and Lord Frost several times. The UFU has also met
with the UK/EU negotiators Michael Gove and Michel Barnier on a few occasions.

The UFU has raised these issues directly with the Irish government, Tanaiste and Minister of Foreign Affairs Simon Coveney. The UFU has also
highlighted concerns several times with DAERA Minister Edwin Poots and this week, these same issues have been stressed to Secretary of State
for DEFRA George Eustice and the new Cabinet Secretary for Rural Affairs and Islands Mairi Gougeon. The UFU has also given evidence to the
EFRA Committee and the NI Affairs Committee.

The UFU has been involved in the set-up of a ‘livestock task and finish group' for livestock movements from GB to NI. This is chaired currently by
Neil Shand of the National Beef Association and has representatives from all regions of the UK. This group has been involved in many of the
meetings to date and will continue to play an important role going forward to ensure that the cattle and sheep sectors across the UK get their
voices and concerns raised on their behalf.

The group is fully aware of the frustrations that exist and will continue to do what it can – the group is well aware of what is at stake if we sit back
and do nothing.

The summer sale season is just around the corner so let's hope there are decisions made to see some relaxations of these rules to allow internal
UK trade to continue as close to what it was before.